What do you wonder about Chicago, the region and its people? Pose your question to Curious City and we’ll track down answers together, with stories on wbez.org, in a weekly podcast, and on WBEZ 91.5 FM. Follow what we do — and learn how you can help investigate — on our website, on Facebook, on Twitter and Tumblr.

The staff at Curious City are here to inspire and satisfy your curiosity about the Chicago region. They are:

Alexandra Salomon is just generously curious about the world around us, whether that’s the history behind one of Chicago’s early skyscrapers or a Mayan temple. As the editor for Curious City, she gets to help reporters and multimedia producers shape their stories, and as one of her kids likes to say, she’s also a “super proofreader.”

Alexandra was a senior producer for WBEZ’s global affairs program Worldview for eight years and before that, she spent nearly a decade reporting overseas. She was a producer for ABC News, based in Rome, Italy. In Europe, she also reported for a number of other news outlets including The Boston Globe, The Economist, The Jerusalem Post and the BBC.

Before heading back home to Chicago, she was awarded a Knight International Press Fellowship, which took her to Nigeria and Moldova in 2006.

Alexandra has an M.A. in International Affairs from Columbia University and a B.A. in Art History from the University of Michigan-Ann Arbor. She’s a third generation Chicagoan, at least on one side of her family, and she never gets tired of exploring the city and discovering new places.

Jesse Dukes works with contributors to help write, record, edit, and mix the audio stories for WBEZ’s Curious City. He also reports stories for the project.

Jesse’s from Virginia, and also lived several years in Maine, and a spell on the West Coast. He studied anthropology and history at the University of Virginia, and radio documentary at the Salt Institute for Documentary Studies in Portland, Maine. Before getting into radio, he led canoeing, hiking, and kayaking trips in Maine, and did a little substitute teaching and bookkeeping to make ends meet.

When not at Navy Pier, Jesse goes on trail runs, bike rides, cross country skis, climbs up rock walls, and crudely builds furniture – ideally with salvaged materials. He is constantly on the lookout for “neutral and propellant” instrumental music for use in radio stories.

Katherine Nagasawa is the multimedia producer for WBEZ’s Curious City, which means she’s in charge of finding creative and engaging ways to answer your questions about Chicago through the web. On any given day, she can be found working with reporters and audience members alike to design an interactive story, pull off a social media campaign, or shoot photo and video out in the city.

Outside of WBEZ, Katherine’s an independent documentary filmmaker. She produced Beyond the Seal, a web documentary about Fair Trade bananas and the people behind a movement to change the banana industry. Her latest short documentary, Ilse, follows an undocumented high school senior as she attempts to obtain permanent residency. Her work has appeared in The Atlantic, Real Food Media, and the Chicago Latino Film Festival.

A Southern California native, Katherine moved to Chicago to earn a degree in journalism and film studies from Northwestern University. She’s proud to call the Second City her second home, and loves biking the Lakefront Trail, trying new foods in different neighborhoods, and listening to live music at the city’s many venues.

Shawn Allee is WBEZ’s Senior Editor of Editorial operations, which means he makes a good many things work more smoothly, including the public-infused journalism machine that is Curious City. He also looks to “make the talent happy” at Curious City, thus his budget for LaCroix soft drinks is quite high.

His own radio work landed him on NPR’s On The Media, All Things Considered, This American Life, Marketplace and other public radio outlets. With help from editors too numerous to mention, Shawn’s investigations earned him top honors from the Illinois Associated Press, the Society of Environmental Journalists, the Illinois News Broadcasters Association and the Radio Television Digital News Association.

He earned a B.A. in anthropology and comparative religion from Cornell College, Iowa, as well as master’s degrees from The University of Chicago’s Divinity School and Northwestern University’s Medill School of Journalism. He regrets nothing.

Shawn digs taking photographs, especially of his wife, his cats and his Chicago neighborhood. They will, however, be kept off the Internet. That is, until the time is just right.

Curious City is supported by the McCormick Foundation and the Doris and Howard Conant Fund for Journalism.

Curious City was created in 2012 by Jennifer Brandel as part of Localore, a national initiative produced by AIR, the Association of Independents in Radio, Incorporated. Financial support came from the Corporation for Public Broadcasting, the Wyncote Foundation, the John D. and Catherine T. MacArthur Foundation, the National Endowment for the Arts and the Knight Foundation. 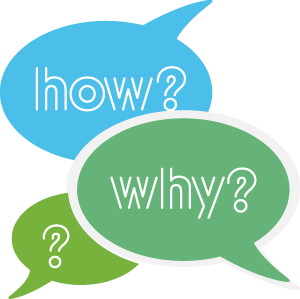 How do you collect questions?

We collect questions through this website (top of the page!), through messages left at our toll-free number (1-888-789-7752), or when we’re pounding the pavement in the city and surrounding area.

Are there questions you do not accept?

All questions asked make it to the question archive unless they don’t meet the website’s guidelines for decorum, fairness or obvious conflicts of interest. We do not investigate questions about WBEZ or posed by staff at WBEZ or its parent organization, Chicago Public Media.

How do you pick the questions for voting rounds?


WBEZ producers and editors identify questions that have potential to be answered by staff, freelancers, or
volunteers. Often, Curious City staff will look for a theme (e.g., “history”) and fill the voting round with questions
related to the theme. Editors and producers also consider regional diversity, tone, or timeliness. Sometimes
we will deliberately create voting rounds with no obvious theme, so we can gauge the public’s interest in
novel topics.


What happens if my question is in a voting round?


Well first off, congratulations! We typically keep votes open for anywhere from a week to two weeks, a range that
allows us to juggle schedules for reporters, producers and show hosts. We notify question submitters of how long
the round will last so they can ask friends, family and social networks for their support.

If your question does win a vote you’re in for double congratulations! Curious City staff will discuss options of how
you might participate in the investigation, depending on your interest and schedule, as well as the schedule
of reporters or producers. The public at large will also be able to follow the investigation as it unfolds via our
Tumblr, Facebook page, Twitter feed and Website.


What happens if my question is in a voting round and doesn’t win? Will it still get answered?


There is hope for your question! WBEZ editors and producers regularly scan the question archive. Often, they’ll
investigate questions that never made to a voting round. Or, they’ll find that a question has already been
answered in some way — either through a previous Curious City investigation or a WBEZ radio story, show
segment, interview or Web story. There’s another way your question may be answered: The public weighs in!
Anyone can comment on questions. If you know the answer to someone else’s question or even have leads or
points others should consider, don’t be shy! Let them know the information you have and whenever possible, cite
your sources.


Why do you change the wording of some questions when they enter a voting round?


Curious City staff edit some questions for clarity and brevity. Editors and producers attempt to recast otherwise
relevant or provocative questions that mischaracterize small details or remain too broad. The goal is to indicate
what lines of investigation WBEZ is likely to pursue, so the public can clearly understand the choices and vote
deliberately.